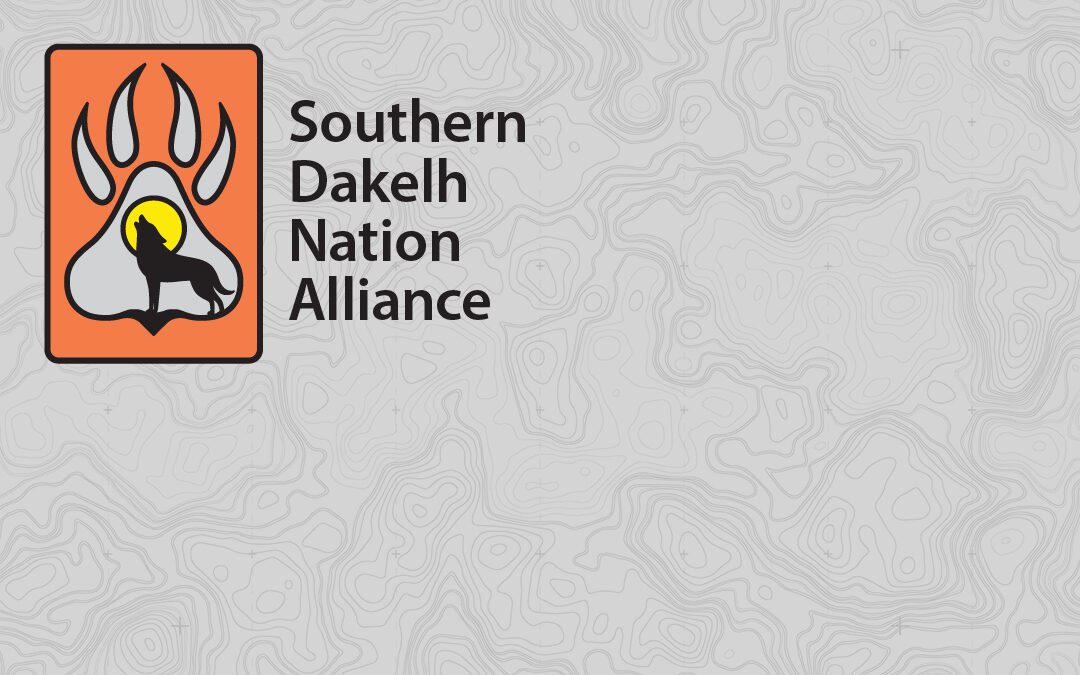 Southern Dakelh Territory, Cariboo, BC: Lhoosk’uz Dené Nation, Lhtako Dené Nation, Nazko First Nation and Ulkatcho Nation are proud to announce the formation of the Southern Dakelh Nation Alliance (SDNA). The four Nations, whose traditional territories extend throughout the Northern Interior of British Columbia, have close familial ties, as well as shared languages and cultural values, and have committed to support one another to assert and protect their title and rights, and to explore common interests and opportunities.

SDNA stands united in opposition to the Nenqay Deni Accord between British Columbia and the Tsilhqot’in National Government (TNG). “We support the right of our neighbours to pursue reconciliation through negotiations,” said Chief Betty Cahoose of Ulkatcho Nation, “but we cannot and will not support the Accord in its current form, which commits the Province, through a binding agreement, to grant TNG decision making authority over our lands and benefits from our resources.”

“This was done without any consultation whatsoever,” added Lhtako Dené Nation Chief Clifford Lebrun. “Not only is this illegal, but it demonstrated the utmost disrespect to our communities to find out through the media that this Accord had been signed.” To date, the Province has not responded to the demand by SDNA Chiefs to: 1) Stop any implementation of the Accord; and 2) Engage in a process to amend the boundaries of the map to exclude the territories of the SDNA.

While standing together to protect their territories, the SDNA will work collectively to pursue opportunities – including to actively manage their territories on a landscape level, to share meaningfully in the benefits derived from their lands and resources, and to develop and enhance businesses that provide economic stimulus to their Nations and to the region. “Together, we have a strong foundation to become the economic driver for the entire region,” said Chief Stuart Alec of Nazko First Nation.

“We are committed to pursuing win-win solutions by taking our rightful place in our territories, and creating increased predictability across a broad landscape for our Nations, government and stakeholders alike,” added Lhoosk’uz Dené Nation Chief Liliane Squinas. “We hope that the Province of British Columbia recognizes the opportunity to right a wrong and join with us for the betterment of our people and our region.”